● Would it be a violation of the Scriptures for a Christian to permit a veterinarian to give blood transfusions to a pet? And what of animal food? May it be used if there is reason to believe there is blood in it? Also, is it permissible to use fertilizer that has blood in it?

The psalmist declared at Psalm 119:97: “How I do love your law! All day long it is my concern.” Such a love of God’s law and a concern for it would surely cause a dedicated servant of God to avoid any violation of God’s law whatsoever. God’s law on blood is very clear. Blood is not to be used as food and, when withdrawn from a body, it is to be poured out on the ground. (Gen. 9:3, 4; Lev. 3:17; Deut. 12:16, 23, 24; Acts 15:20, 28, 29) Christians certainly would not wish to do anything in violation of Jehovah’s law on blood. Love for God and for the righteous laws and principles of his Word calls forth that response from them in matters pertaining to blood.
Since God’s law on blood has not been altered over the centuries, Christians today realize that they are bound by it. Please note, however, that it is not fear of some reprisal that moves them to comply with Jehovah’s law on blood. They do not obey God’s law simply because violation of it might result in the imposing of sanctions by the Christian congregation of which they are a part. They love what is right. Furthermore, because of their love of God’s law they will not rationalize or seek ways in which it appears possible to circumscribe it with seeming impunity.
How, then, must we answer the question, Would it be a violation of the Scriptures for a Christian to permit a veterinarian to give blood transfusions to a pet? By all means, to do so would be a violation of the Scriptures. To use blood for transfusion purposes, even in the case of an animal, would be improper. The Bible is very clear in showing that blood should not be eaten. It should not be infused, therefore, to build up the body’s vital forces, either in the case of a human or in the case of a pet or any other animal under the jurisdiction of a Christian.
In harmony with this, surely a Christian parent could not rationalize to the effect that a pet belongs to a minor child and thus this unbaptized child might, on its own, authorize a veterinarian to administer the blood. No. The baptized parent bears the responsibility, for that parent has authority over the child and over the pet and should control the entire matter. That is the parent’s obligation before God.—Eccl. 12:13, 14; Jas. 4:17.
What, then, of animal food? May it be used if there is reason to believe there is blood in it? As far as a Christian is concerned, the answer is No, on the basis of principles already mentioned. Therefore, if a Christian discovers that blood components are listed on the label of a container of dog food or some other animal food, he could not conscientiously feed that product to any animal over which he has jurisdiction. He could not conclude that doing so would be excusable, for this would not be a case of an animal killing another animal and helping itself to the blood of that creature. No, this would be a direct act on the part of the Christian, making him responsible for feeding blood to a pet or other animal belonging to him.
Of course, if there is no indication on the label of a package of animal food that the product contains blood, a Christian might conclude that it could be used. Still, his conscience might trouble him. In that case he should put his conscience to rest by making reasonable inquiry and acting in accord with the information he receives, for a Christian surely desires to have a good conscience before God.—1 Pet. 3:21.
But now, what about fertilizer that has blood in it? One who is going to show respect for God’s law on blood would not use it. True, according to the Mosaic law, blood when taken from a body was to be poured out upon the ground and covered over with dust. (Lev. 17:13, 14) The objective was, however, that the blood should serve no useful purpose when thus disposed of. It was not placed on the ground with the thought in mind that it would serve as fertilizer. Hence, no Christian farmer today could properly spread blood on his fields to fertilize the soil, nor would he use commercial fertilizer containing blood. Such blood use would be a commercializing on something that God has reserved for himself. It would be a violation of God’s Word.
Servants of God have been told in the Scriptures what is to be done with blood. So they know that they would be held responsible by Jehovah for any misuse of blood over which they might have control. What is more, because they love God they are prompted to observe the laws and principles of his Word. Thus they are moved to keep Jehovah’s law on blood even in ways that might appear to some to be insignificant. They do not view compliance with it as an encumbrance, for they hold in remembrance the words of 1 John 5:3, which states: “For this is what the love of God means, that we observe his commandments; and yet his commandments are not burdensome.” 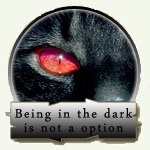 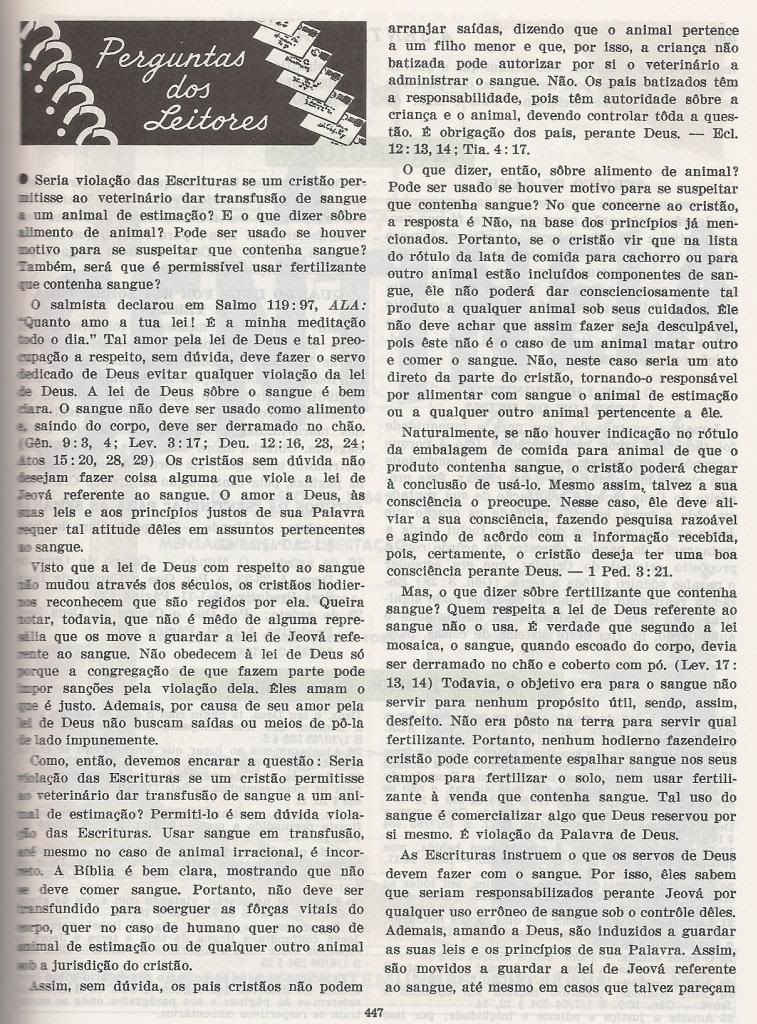