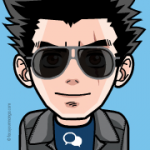 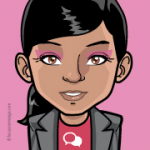 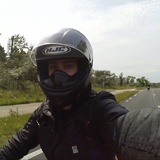 (CODEX B), a Greek manuscript, the most important of all the manuscripts of Holy Scripture. It is so called because it belongs to the Vatican Library (Codex Vaticanus, 1209).
This codex is a quarto volume written in uncial letters of the fourth century, on folios of fine parchment bound in quinterns. Each page is divided into three columns of forty lines each, with from sixteen to eighteen letters to a line, except in the poetical books, where, owing to the stichometric division of the lines, there are but two columns to a page. There are no capital letters, but at times the first letter of a section extends over the margin. Several hands worked at the manuscript; the first writer inserted neither pauses nor accents, and made use but rarely of a simple punctuation. Unfortunately, the codex is mutilated; at a later date the missing folios were replaced by others.
Thus, the first twenty original folios are missing; a part of folio 178, and ten folios after fol. 348; also the final quinterns, whose number it is impossible to establish. There are extant in all 759 original folios.
The Old Testament (Septuagint Version, except Daniel, which is taken from the version of Theodotion) takes up 617 folios. On account of the aforementioned lacunae, the Old Testament text lacks the following passages: Gen., i-xlvi,28; II Kings, ii,5-7,10-13; Pss. cv,27-cxxxvii, 6. The order of the books of the Old Testament is as follows: Genesis to Second Paralipomenon, First and second Esdras, Psalms, Proverbs, Ecclesiastes, Canticle of Canticles, Job, Wisdom, Ecclesiasticus, Esther, Judith, Tobias, the Minor Prophets from Osee to Malachi, Isaias, Jeremias, Baruch, Lamentations and
Epistle of Jeremias, Ezechiel, Daniel; the Vatican Codex does not contain the Prayer of Manasses or the Books of Machabees.The New Testament begins at fol. 618. Owing to the loss of the final quinterns, a portion of the Pauline Epistles is missing: Heb., ix,14-xiii,25, the Pastoral Letters, Epistle to Philemon; also the Apocalypse. It is possible that there may also be some extra-canonical writings missing, like the Epistle of Clement. The order of the New Testament books is as follows: Gospels, Acts of the Apostles, Catholic Epistles, St. Paul to the Romans, Corinthians (I-II), Galatians,
Ephesians, Philippians, Thessalonians (I-II), Hebrews.
In the Vatican Codex we find neither the Ammonian Sections nor the Eusebian Canons (q.v.). It is, however, divided into sections, after a manner that is common to it with the Codex Zacynthius (Cod. "Zeta"), an eighth-century Scriptural manuscript of St. Luke. The Acts of the Apostles exhibits a special division into thirty-six chapters.
The Catholic Epistles bear traces of a double division, in the first and earlier of which some believe that the Second Epistle of Peter was wanting. The division of the Pauline Epistles is quite peculiar: they are treated as one book, and numbered continuously. It is clear from this enumeration that in the copy of the Scriptures reproduced by the Vatican Codex the Epistle to the Hebrews was placed between the Epistle to the Galatians and the Epistle to the Ephesians.
The Vatican Codex, in spite of the views of Tischendorf, who held for the priority of the Codex Sinaiticus, discovered by him, is rightly considered to be the oldest extant copy of the Bible. Like the Codex Sinaiticus it represents what Westcott and Hort call a "neutral text", i.e. a text that antedates the modifications found in all later manuscripts, not only the modifications found in the less ancient Antiochene recensions, but also those met with in the Eastern and Alexandrine recensions. It may be said that the Vatican Codex, written in the first half of the fourth century, represents the text of one of those recensions of the Bible which were current in the third century, and that it belongs to the family of manuscripts made use of by Origen in the composition of his Hexapla.